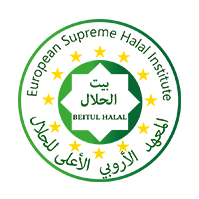 Born in October 10th, 1956 at Kalaa Kebira - Tunisia, Tawfik Mathlouthi, (a Bi-National Tunisian/French) grew up in a traditional family; his father was one of the Sheikh of the illustrious Zeitouna Masjid of Tunisia. Followed Six Months Course of Fiqh in Madina Munawarah with Cheikh Abu Bakr Jazairi. He perfected his Fiqh and Religious knowledge in the city of Sharjah in the UAE as self-taught from 2006 to 2010. He was also a founding member of a French Official Body, The Consultative Council of French Muslims CCFM, and was received in China as lecturer and guest of Honor of the CB’s Assembly in NINGXIA. Founded the ESHC, European Supreme Halal Council in Luxembourg, and left it to his associate after 11 months. Founded in 2016 ESHI in Paris France, the European Supreme Halal Institute, more oriented in trainings and courses about Halal, but also a C.B. Was the First foreign CB to sign a Mutual Recognition Agreement with the China Islamic Association C.I.A, based in Beijing. Have different Mutual Recognition Agreements with other CB’s in 27 Countries.

He will be trained at HDC to the techniques and concepts of the Industrial halal practices in Malaysia during two training sessions in April & June 2015. After arriving in France on July 3d, 1977 and reading Law, Tawfik decided to start his own business as a consultant for several large multi-national firms, such as DHL International, Independent Harbour of Marseille, Air Corse, Weitnawer and Al Amri International Group. This led to him becoming the first registered Arab consultant with CCIP and the CFCE (French Centre of Foreign Trade).

His early business career began with the creation of ‘SOCOFRAR’ (Society of Franco-Arab Cooperation of Commercial Engineering) and a monthly bilingual Arab/French economic magazine, the first of its kind, called ‘Business Cop’. The successful sale of the latter venture allowed him to start-up his first media business, RFC (Radio France Cooperation). This was quickly followed by the establishment, as a co-founder of the Arabic World Radio in 1987. He translated Bernard STASI’s book “l’Immigration, une chance pour la France” in to Arabic (Immigrants Contribution is a Chance for France) Bernard STASI was Minister, Vice- President of French Parliament, European MP, Mediator of the Republic and President of Centrist Party.

He received the biggest leaders of the world in his Radio Talk Show:

He was the first Arab Media Men to organize public and official talks on his Radio between Representative of PLO (Mrs Leila SHAHID and Israeli Ambassador Yehuda LANKRY, Elie BARNAVIE and to receive successive Ambassadors of Israel to his Radio Station, breaching taboos.

President of TUNISIA Moncef MARZOUGUI, who was saved from BEN ALI torture declared: “RADIO MEDITERRANEE AND MR MATHLOUTHI ARE THE UNIQUE BREATHING LANG OF TUNISIAN OPPOSITION”

It’s an Honorific prize remitted to Presidents in case they facilitate these values. He is also Co-Founder of CCMF (Consultative Council of French Muslims, at Charles PASQUA Time).

He was very active during the elections in 2002 in France under the umbrella of his political party ‘PFP’, with an important meeting in Paris, a national communication campaign and presence on all Arab TV channels. He is animating since five years his radio live show Tribune Libre (Free Speech), on Radio Méditerranée. 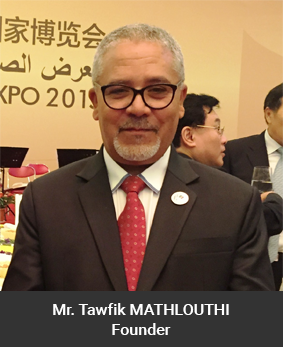 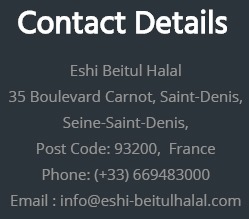 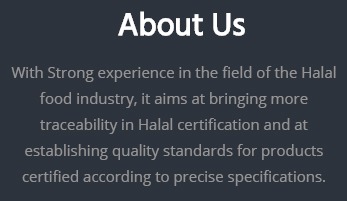